Eusko Ikaskuntza established in May 1931 the first milestone of Basque self-government. It offered Basque society the "General Statute of the Basque State", known as the Statute of Estella. Today, after the centenary, offering an updated conception, it will tackle the consolidation of the capacity of decision making and its development from the point of view of collaborative governance.

Based on good resolution practices and solid and contrasted academic criteria, our objective is to carry out a European protocol for the resolution of conflicts of territorial sovereignty. Possible "instrument or rule of clarity" that can be approved by international, European and state institutions.

In the European Union, there is an open debate on the need to strengthen the rule of law, on what standard should be demanded of the Member States in order to advance and consolidate the European project. Likewise, the Council of Europe has opened the debate on the protection of national minorities and the advisability of revising the Framework Convention for their protection. In addition, Brexit has also raised the scenario that in the coming years both Scotland and Northern Ireland will wish to consult their citizens on their future political status and on their democratic will to be part of the Union.

It seems that the context may accelerate the need to regulate a safe and democratic path for the question of internal EU enlargement. In order to strengthen political cohesion at the European level, a common regulatory framework would facilitate the prevention of unwanted conflicts and the democratic normalization of territorial disputes.

With this project, Eusko Ikaskuntza wants to offer a proposal of bases for the resolution of territorial conflicts of sovereignty within the States. A proposal open to public debate on the need to approve an instrument of clarity that includes a common standard to guarantee European citizens that territorial sovereignty conflicts will be managed and resolved in accordance with the principles and values of the rule of law, that is, guaranteeing the principles of democracy, respect for minorities and human rights, and legal certainty. In short, a "standard" that could be accepted by the various European institutions as a proposal for the development of a framework of clarity in the democratic resolution of territorial sovereignty conflicts.

Disputes over sovereignty -who governs, where and on whose behalf- have shaped the history of Europe since time immemorial. They are real conflicts that go beyond the for recognition of the political community or its demand for self-government and refer to the possibility of access to sovereignty understood as the supreme and original decision-making power of a political community, which does not prejudge or limit its subsequent juridical-political status.  They have a territorial character, although in many cases the actors involved are national or cultural minorities, it is not only a matter of managing cultural plurality, but also of defining the status of territorial demos and resolving disputes over the exercise of political power in a territory. They put sovereignty at stake as the core of the conflict is the unsatisfied demand for sovereignty; that is, the free capacity of a political community to self-organize internally and establish the relations it wishes with other political communities is in dispute. They arise within European states, this initiative focuses on what has come to be called "internal or domestic conflict" of states, and deals with them with a clear purpose: to overcome that limited interpretation. Insofar as they affect individual and collective rights, they must be treated from the conviction that their protection is a matter that transcends state borders and concerns the entire international community.  In this sense, we understand that the procedures for internal enlargement must be incorporated into the "European Rule of Law", that is, the general principles that should govern the processes of creating new independent states in Europe. A further step in the democratization of Europe.

However, there is a normative vacuum for managing sovereignty conflicts in the 21st century. The law offers the possibility of working out safe, fair and equitable channels so that individual and collective projects in conflict can be managed in a democratic manner. For this reason, we appeal to the European rule of law, which is not limited to purely positive legality, but is open to integrate a growing range of rights and freedoms.

Leading experts in the field on a global scale agree that the European institutions should participate in the resolution of these conflicts and that the existence of a framework of clarity could be an appropriate tool for establishing shared criteria at the European and even international level.

They underline that the proposal of bases for the drafting of a framework of clarity, the backbone of this project, may make it possible to overcome conflicting visions and the blockages detected in the management of disputes over territorial sovereignty within the European States.

They share the need for sovereignty disputes to be managed democratically and with all legal guarantees.

The main objective of this project is to offer a proposal of bases for the resolution of territorial sovereignty conflicts within the States. A proposal open to public debate on the need to approve an instrument of clarity that includes a common standard to guarantee European citizens that territorial sovereignty conflicts will be managed and resolved in accordance with the principles and values of the rule of law, that is, guaranteeing the principles of democracy, respect for minorities and human rights and legal certainty.

In short, a "standard" that could be accepted by the various European institutions as a proposal for the development of a framework of clarity in the democratic resolution of territorial sovereignty conflicts.

Taking the bases document as an articulating element, a European scale network will be generated and consolidated in the academic field with international reference institutes and academies. A favorable and influential collaborative network for the development of a European clarity framework.

Socializing the content: Open conferences and round tables in different areas -universities, foundations, etc-, in collaboration with the members of the current partnership and other social actors interested in the project.

Stages of the project and actions

After the preparatory work carried out throughout 2019, the first phase of the initiative was developed throughout 2020, culminating in the organization of an international conference held on November 11, 12 and 13 in Bilbao: "Sovereignty conflicts in Europe: bases for a solution". The first version of the bases document, the result of cooperative work, was presented at the conference.

With this objective in mind, the working group agreed on an open methodology that combined external expert contributions -through a questionnaire prepared for this purpose- and internal contributions, with working seminars that, complemented with different contrasting mechanisms throughout the process, allowed us to arrive at the November conference with a collective document of bases.

Taking the conference as the halfway point of the project, the year 2021 is proposed as a second phase of the project, in which strategies will be designed and implemented to strengthen the academic partnership structured around the bases document and the November 2020 conference, and, at the same time, to socialize the project so that citizens can connect the disputes over sovereignty with possible solutions to them.

1) Academic seminars: In addition to broadening the scientific partnership, the aim is to improve the first version of the bases text so that it can be considered as a working document by the European institutions. Articulating a structured expert debate is the way to reinforce its technical quality and legitimacy so that it can have a better access to the European institutions. To this end, and taking as a starting point the document presented at the workshops, including the contributions received at the workshops (version 01), we intend to deepen the substantive discussions that this document raises and that could not be addressed in this first draft, preparing a more contrasted version (version 02). Afterwards, we will technically analyze with experts which could be the appropriate ways and instruments to convert the proposal of bases into an instrument with normative force.

2) Socialization of the content: Open conferences and round tables in different areas -universities, foundations, etc-, in collaboration with the members of the current partnership and other social actors interested in the project.

From the beginning of the initiative, it was considered essential to design a governance model that would guarantee the solvency, viability, impact and independence of the project. Given its nature as an independent civil society organization, the organizations promoting the first phase of the project were Eusko Ikaskuntza-Sociedad de Estudios Vascos and the Institut d'Estudis Catalans.

The work of Eusko Ikaskuntza and the Institut d'Estudis Catalans (IEC) in the first phase has been irreplaceable. The legitimacy and social and institutional recognition of both organizations in the Basque and Catalan spheres have allowed us to bring together a broad and plural partnership that would possibly not have been possible without our leadership. In this second phase, we will continue working to consolidate their work as connectors of hitherto disconnected social agents.

In an immediate step, as entities that offer support and coverage to the initiative, we have counted on the interest and participation of research groups from the UPV-EHU and the University of Deusto, as well as researchers/professors from the Universitat de Barcelona, Universitat Autònoma de Barcelona and Pompeu Fabra. To this initial participation, we have added the contributions of relevant international specialists. In this second phase, we will seek to consolidate academic leadership by promoting the formal participation of the international institutes whose directors have participated in a personal capacity in the project.

In the area of institutional partnership, we have had the collaboration of the Basque Institute of Public Administration (IVAP), dependent on the Basque Government, and the Institute for the Study of Self-Governance (IEA: Institut d’Estudis de l’Autogovern), dependent on the Generalitat de Catalunya, as well as the collaboration with the Center for the Study of Contemporary Issues (CETC: Center d’Estudis de Tems Contemporanis), direction of the Department of External Action of the Generalitat. In this second phase, we will work to define a new consolidated area of collaboration.

Likewise, this collaborative space was opened to the participation of a wide range of foundations and research institutes interested in opening a debate on a European scale. In this second phase we will work to consolidate commitments to the current collaboration and, above all, we will work to incorporate sectors that were not present in the first phase. 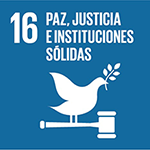 Would you like to participate in projects promoted by Eusko Ikaskuntza?

This website uses cookies, both its own and those of third parties. Select the option of cookies that you prefer to navigate even its total deactivation. If you click on the button "I accept" you are giving your consent for the acceptance of the mentioned cookies and the acceptance of our cookies policy. If you want to determine what you accept and what you don't, click on "Configuration". Click on the "Read more" link for more information.
I accept Configuration