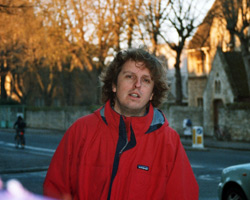 In 2018 we are facing and celebrating the first century anniversary of Eusko Ikaskuntza/Basque Studies Society and there are many issues pending with regard to the future of Euskal Herria. One of these, in my view, is the importance of peace for us as the most relevant political and social outcome during the last decades for the Basque Country, and our will to share higher levels of sovereignty at the European Union.

Historical nations like Wales or Scotland in the UK; Wallonia and Flanders in Belgium; Bavaria and the other German Länd; the Austrian Länd; or the Basque Country, Catalonia and Galizia in Spain, do have, among many others in the whole of Europe, a key role therefore and are facing difficult legal and institutional challenges before the EU, due to their current difficulties to actively participate within all EU levels whatsoever.

The problems in reaching a peaceful institutional agreement on all the aforementioned are even greater when we talk about the EU as the fruit of an international treaty, and therefore, through the concept that avoids Sub-State entities taking part directly within EU decision making processes. In certain sense, we can talk of the EU as a real fruit of an international treaty. However, it has a clear will for political integration and this requires as well dealing with Sub-State participation in different terms at all levels. This means that in an international organisation looking for integration, the Sub-State approach recognised at domestic levels needs to become a part of the EU framework. Indeed, that is nowadays a great challenge for the future of the Basque Country.

This view is also present in different provisions of the European treaties, for instance, Article 6.3 of the EU Treaty regarding respect for national identities of the Member States. And this provision does not only demand to protect domestic particularities of every State within the EU, but also the recognition of the national domestic particularities within several Member States.

In this context, if the EU is willing to export the values of democracy and good governance within the context of respect on Human Rights and social justice, it is necessary for member States to assume the limits of their respective sovereignties. Moreover, the sovereignty of the people stated in Constitutions is failing within the international arena; in this context, States defending co-sovereignty – such as EU members- or those willing for a full sovereignty – likewise the United States- are nearly the single actors of the system, representing in fact the sovereignty to which we are entitled as persons. The new Basque society, finally in peace, would become one relevant actor therefore at the EU.

The challenge would be to let the people exercise that sovereignty or, otherwise, exercise it to protect our own rights. That is the essence of a limited sovereignty far away from the full powers of the past. Whenever economic welfare was usual, this tiny consideration might not be clearly seen, because we the citizens were used to buy our freedom quotas through our own currencies. Nevertheless, wherever there is hunger and poverty it seems obvious that the unlimited sovereignty of States is been used against the dignity of many human beings. And that was only possible due to the breach of the limits of any sovereignty: Human Rights.

Therefore, the concept and the enforcement of sovereignty by States requires a serious update. This task is not assumed by many States who did not recognise any other international participation than the classic one made by States. This idea needs to be reformulated in order to search for different solutions to protect the rights of the people and societies. Along this path, we would be in front of the usual concepts and deals: sovereignty, nationalism, individual and collective rights, democratic principles, national identities, sustainable development… Once again, Euskal Herria has a keyrole therefore at the EU framework within a new real peace situation since 20-10-2011.

Let me suggest that we are dealing with two main alternatives: an international system with a model of Statehood only based on the exercise of powers by the Public bodies, or, otherwise, a similar approach to the one in force nowadays at the European Union whereat persons and public bodies may share spaces of sovereignty to defend those values and objectives which are valuable to dignify our existence with full respect towards our Human Rights.

In order to ease this task citizens and historical nations must be taken into consideration. Otherwise, we would miss the opportunity to foster a flexible lecture of sovereignty. Sovereignty is part of every citizen and, therefore, it is our own right and duty to exercise it in democratic terms, even in front of States.

Individuals are the single and legal ground unit of sovereignty, whereas States and the rest of political actors are tools serving to persons. This brief concept is not new at all for the legal and political authors. It is, in fact, something very clearly seen a long time before by J. J. Rousseau and J. Locke, for example. The challenge is therefore open for a new Basque Country at the European Union within the new context of peace. Hala izan bedi...